Why you should not use to make changes in pencil?

It would seem so conveniently edit pencil made a mistake - and erased, re-written ...

Probably, as convenient. However, a qualified typesetter pencil to type the text will not. And make edits to the file pencil - too.

Rule: text written in pencil, and pencil corrections and additions can not be set.

I do not know how it was before our era, but in Soviet times it  generally respected scrupulously. 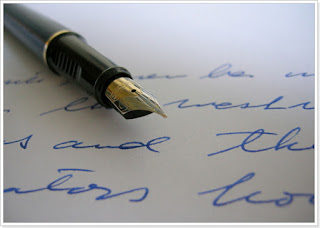 In 1985, training courses correctors (in 1970-1980 courses periodically organized at the Moscow polygraphic college) teacher told such a case.

The newspaper "Pravda" corrector are laid out at the read-through strip made an edit pencil. Perhaps out of ignorance or carelessness, or maybe the ink had dried. Who knows?

Typewriting-linotype operator ignored the editing, that is proof-correction in the band has not made ("not poured line", as they said). The rule "is not to gain a pencil" was unshakable. After all, you never know who could strip during movement of proofreading in linotype (dial-up) shop there is something to write, and then, on the way back, delete? Suddenly sabotage or some other event?

Proof, seeing at the next reconciliation newspaper strip that mistakes have been in the paper, and have remained, thought-typesetter linotype operator muddler. Edit corrector repeated, with a pencil again. "Pravdists" -linotipist and this time the pencil edit ignored.

When everything finally revealed the release schedule in the country's main party newspaper had already been disrupted. Final: typesetter acquitted corrector fired. Such here the Soviet case.

Now, of course, times have changed, but as a simple pencil rubbed and erased an ordinary eraser. Accidentally or maliciously - it is another question. Just erased - and no evidence that you are something right. Therefore use the pen.

3. What color ink or paste to make corrections?

Just do not red.

A red ink or paste commonly uses technical editor. They do it before imposition technical layout in print typed text, and then, after layout, wrote in the margins of printed bands for their comments coder.

Author of the same color - such as that of the students: blue, purple, mauve, black.

Rule: text to be set, and the text changes to a set of computer printouts or strips are laid out have to write pen ink (paste), blue, violet, purple or black.

If you still want to highlight the color of your uploads, then these four colors will be enough (for example, if the main text - blue, then add pasta or you can write in black ink).